“Can someone hack my phone and read my texts?”

As experts in digital cybersecurity, we have to field this question often. The answer is always the same. Yes, someone can hack your phone and read your texts. It’s happening to millions of people around the world at the moment.

You’ve read about hackers, heard about them in the news, or seen it in a movie. You know they’re a major threat. It’s not hard for a determined hacker to get their hands on someone’s personal information, even the protected kind. 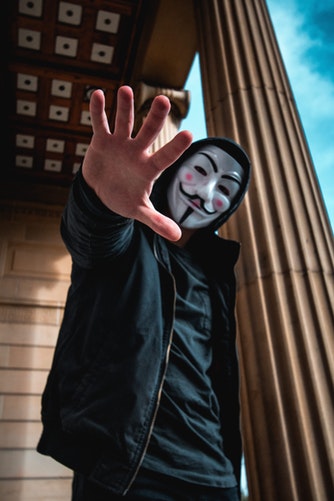 It’s why information security is a big concern in the digital age. You need to be on guard against data theft. Taking precautions and being aware is the only way to keep yourself and your data safe.

In this article, we answer some common questions about phone hacking. The answers should, hopefully, make it easier for you to protect your info.

Part 1: Can Someone Hack My Phone?

Yes, someone can hack your phone. It could be happening right now, especially if you’re using a jailbroken iOS device or a rooted Android one. There are multiple methods for someone to hack your phone if they have the motive.

What phone-hacking methods do we mean? The most common one is to trick you into installing an app on your phone that records your info and sends it to a remote server. This is more likely to happen if you have a jailbroken/rooted device.

Both hackers and law enforcement are constantly coming up with new ways to hack cell phones. Awareness is key here if you want to stay one step ahead and keep your data safe.

Who could be hacking your phone?

You’re just a regular person, you think. Who on earth would want to hack your phone? You may be surprised. Here’s a list of possible suspects.

How do I know if my phone is being hacked?

How do you know if your phone has been hacked? You can never tell for sure. But here are some indicators that tell you if your device has been compromised.

Is your phone slower than it used to be? If you can eliminate RAM and other hardware defects as being the root cause, chances are your phone has been infected with malware. They could be responsible for the slowdown.

Spy apps and other malware require a ton of system resources to run. They record events happening on the phone and upload the info.

Does your phone have an app or two you don’t remember installing? It could be something innocuous looking like a game or an office utility. However, a spy app could be hiding underneath the harmless façade.

Finally, spy apps are huge power hogs. They can drain a phone’s battery dry very quickly. If your phone keeps dying during the day and it didn’t do so before, a spy app could be responsible for the drain.

Note, though, that phone batteries naturally begin to fail after a couple of years. Make sure it’s not a dying battery causing your phone to run dry as opposed to a spyware app.

Part 2: Can Someone Hack My Phone by Texting Me?

Yes, someone can hack your phone simply by texting you. This is more likely to occur on Android phones that allow installation from untrusted sources. Jailbroken iOS devices and rooted Android devices are also susceptible to text-based hacking.

How does text-based hacking work? You may get a text or email asking you to click on a link. After the link is clicked, a script is run on your phone to download and install an app. The app then steals your personal and financial information.

Occasionally, you will be targeted by scammers telling you you’ve won a lottery or posing as your bank asking for your PIN information because there’s been a problem with your account. 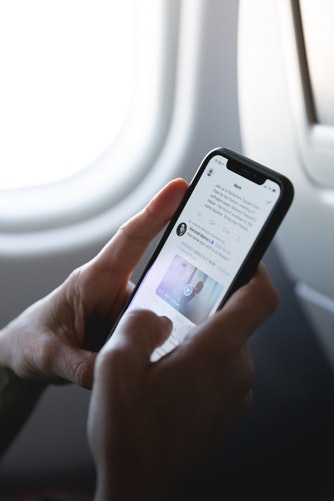 The likelihood of someone hacking your phone simply by texting you is pretty high. This happens all the time all over the world.

Part 3: Can Someone Hack My Phone by Calling Me?

No, someone can’t hack your phone just by calling you. However, that doesn’t mean your phone can’t be hacked via its cellular connection. Vulnerabilities exist that let a hacker see your texts, tap your calls, and see your location.

Why haven’t these vulnerabilities been patched? It’s because law enforcement uses the same vulnerabilities to monitor criminals, terrorists, and other threats. Unfortunately, it also makes you susceptible to hacking.

The likelihood of being hacked via a cellular network is low – unless you happen to be an important person like a politician or simply rich.

Part 4: Can Someone Hack My Phone and Read My Texts?

Yes, someone can hack your phone and read your texts. Here are the most common ways they may use to do so:

Part 5: Can Someone Read My Text Messages from Their Phone?

Yes, someone can read your texts from their phone. How? They may have installed a spyware app on your device. This app records your personal information and then sends it out to the hacker’s phone. This includes your texts.

The main question is this: How do you keep yourself safe? Don’t download apps you don’t trust or click on shady links. Use end-to-end encryption messaging apps. Also, switch to a private VPN connection for added privacy.